The death of birth, mother earth’s abortion
Of the forefather slave owner field enforcement
A history of horse shit and piles of corpses
While our corporate education providing the reinforcement
The poorest underfunded, no government resources
The authors of democracy wealthy off of the slave market
Cave artist, harvest people the policy
Another dollar for the blood of the child born into poverty
Their silhouettes of death share the shadows of presidents
Holidays of holocaust so there’s military presence [presents]
Yes it’s hard to swallow when the water’s all black
Cuz the bodies in the river got no arms attached
The commissaries heavily armed, born for combat
With the mask of the savage worn for bloodbaths
Out the ashes of the flag, the fire, the contract
We on that ass faster than the second tower collapsed

Living in a vivid captivity we act differently
In actuality the facts are the enemy
We hung by the Nasdaq, backs are bleeding
They never paid for the land, how they taxing freedom?
The religion of a demon, a government of a king
A fire for the carnage as artists we gon’ bring
Ain’t no talk anymore they can’t walk with a war
Mohawks are drawn, welcome to the terrordome storm 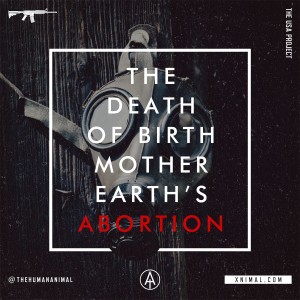