A New Online Destination for Art, Music, Clothing, and More

New Jersey, United States – July 4, 2016 – RE EVOLUTION, an apex creative company founded by artist and entrepreneur Charles Cording, announced today the launch of XNIMAL.STORE, a new e-commerce destination for music, art, clothing, and other products related to the XNIMAL brand. 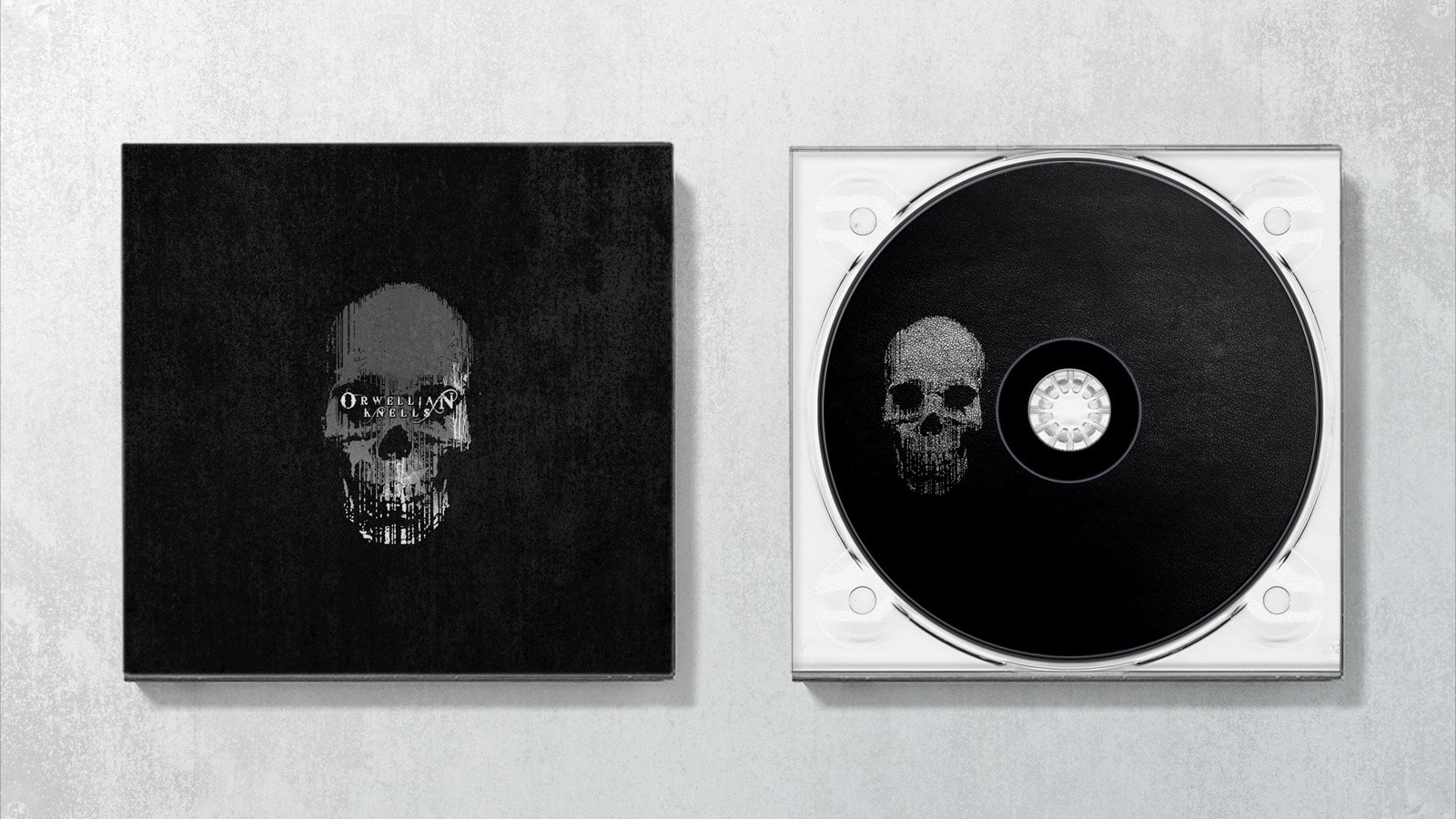 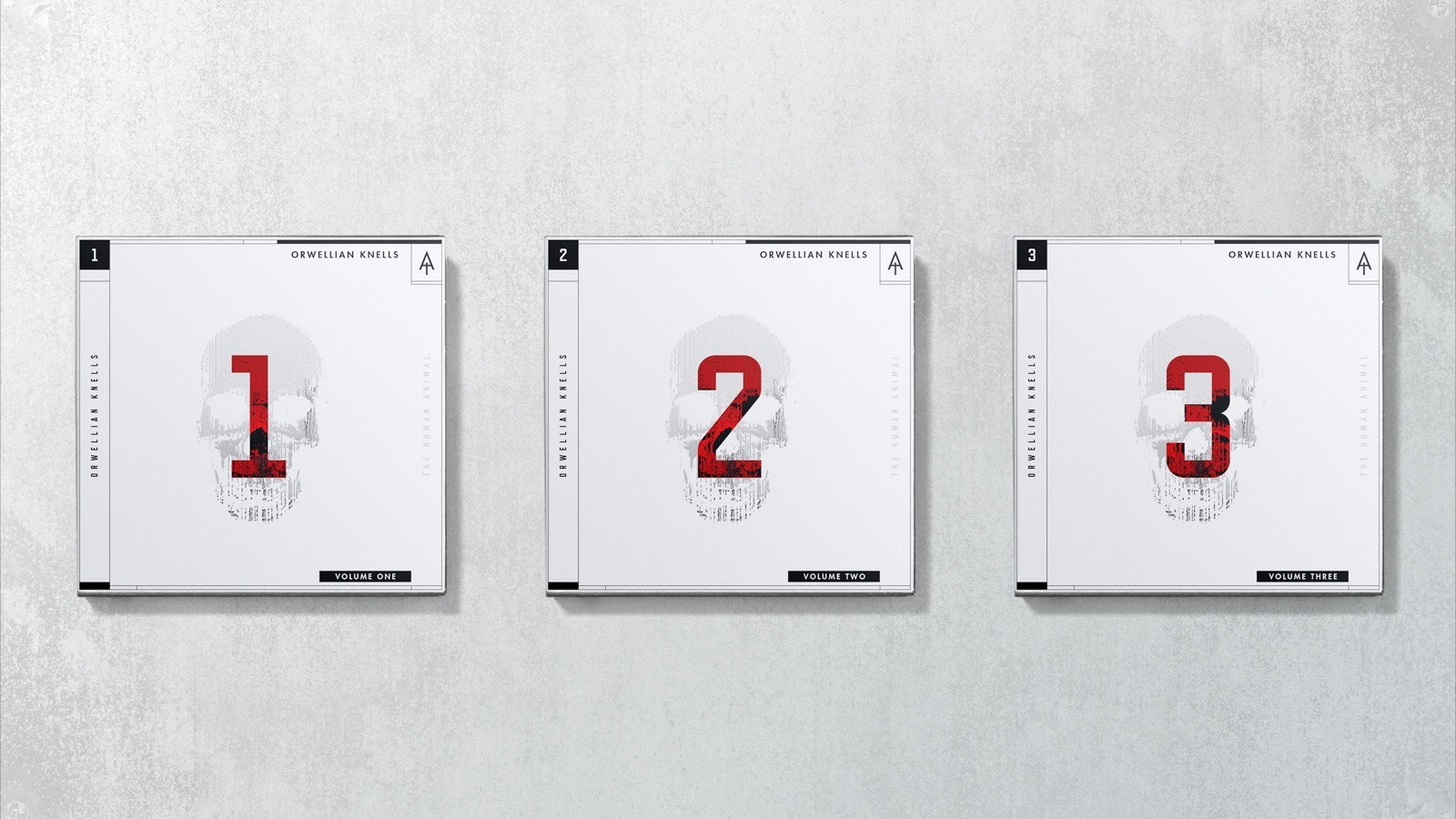 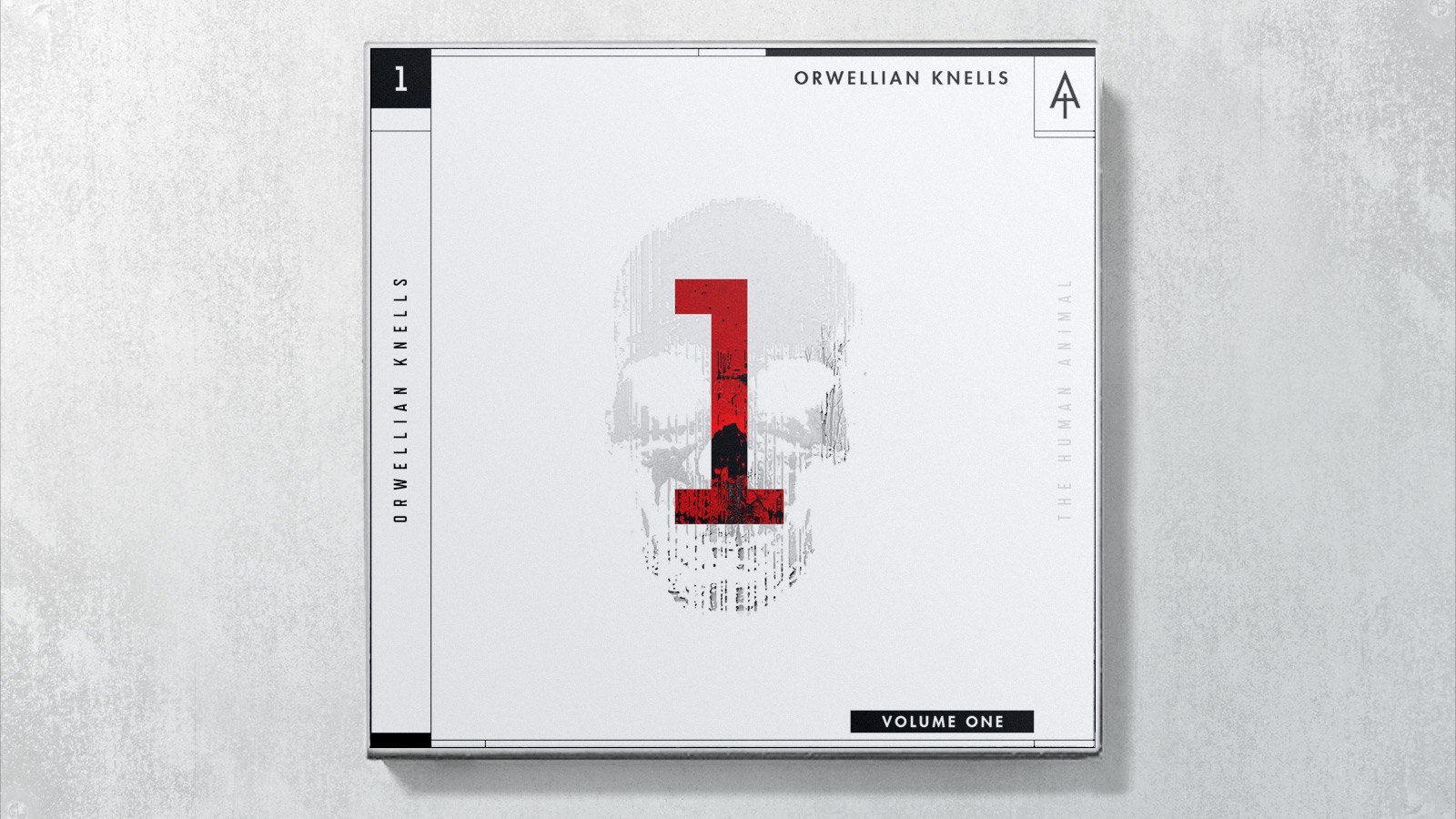 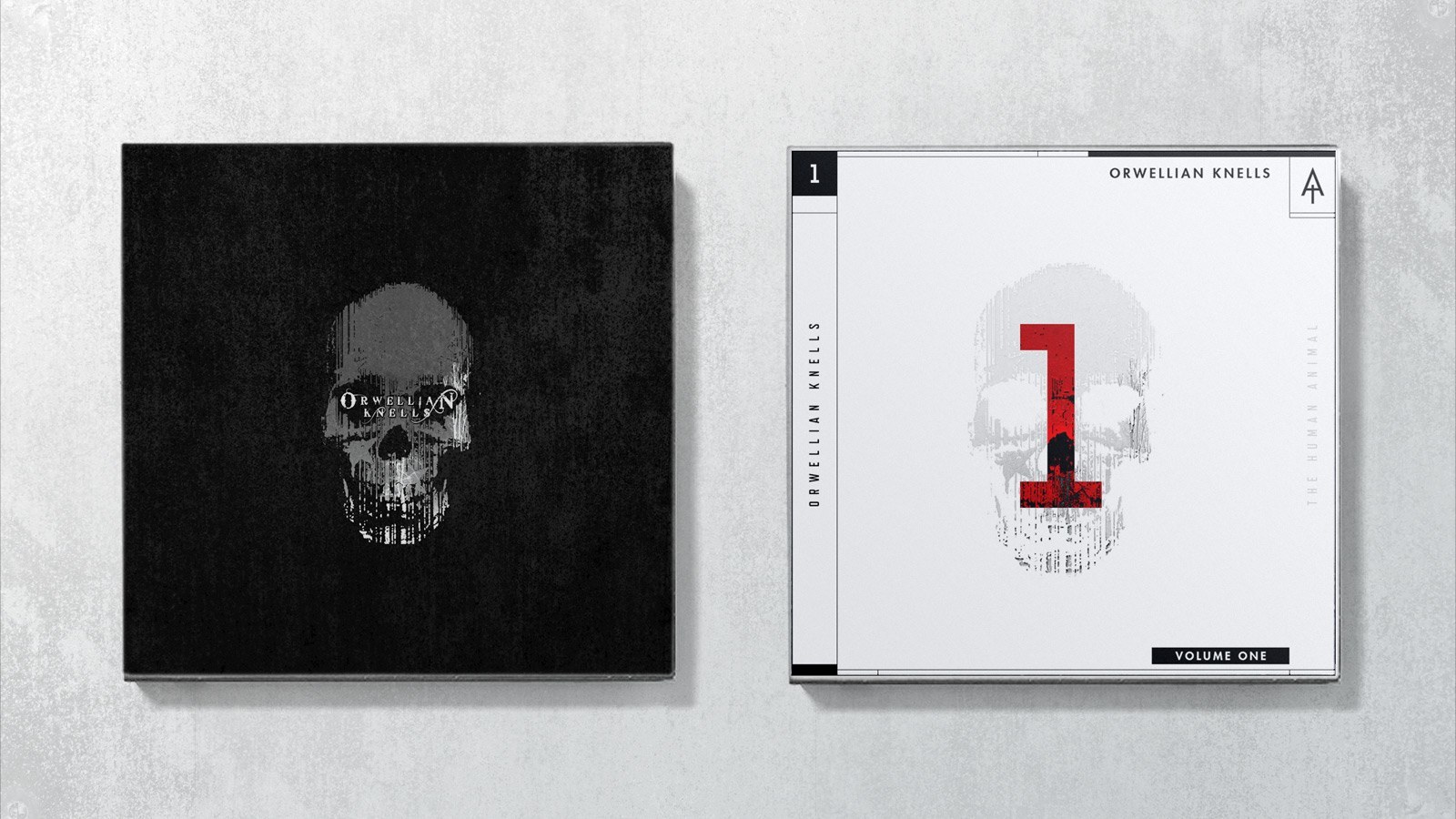 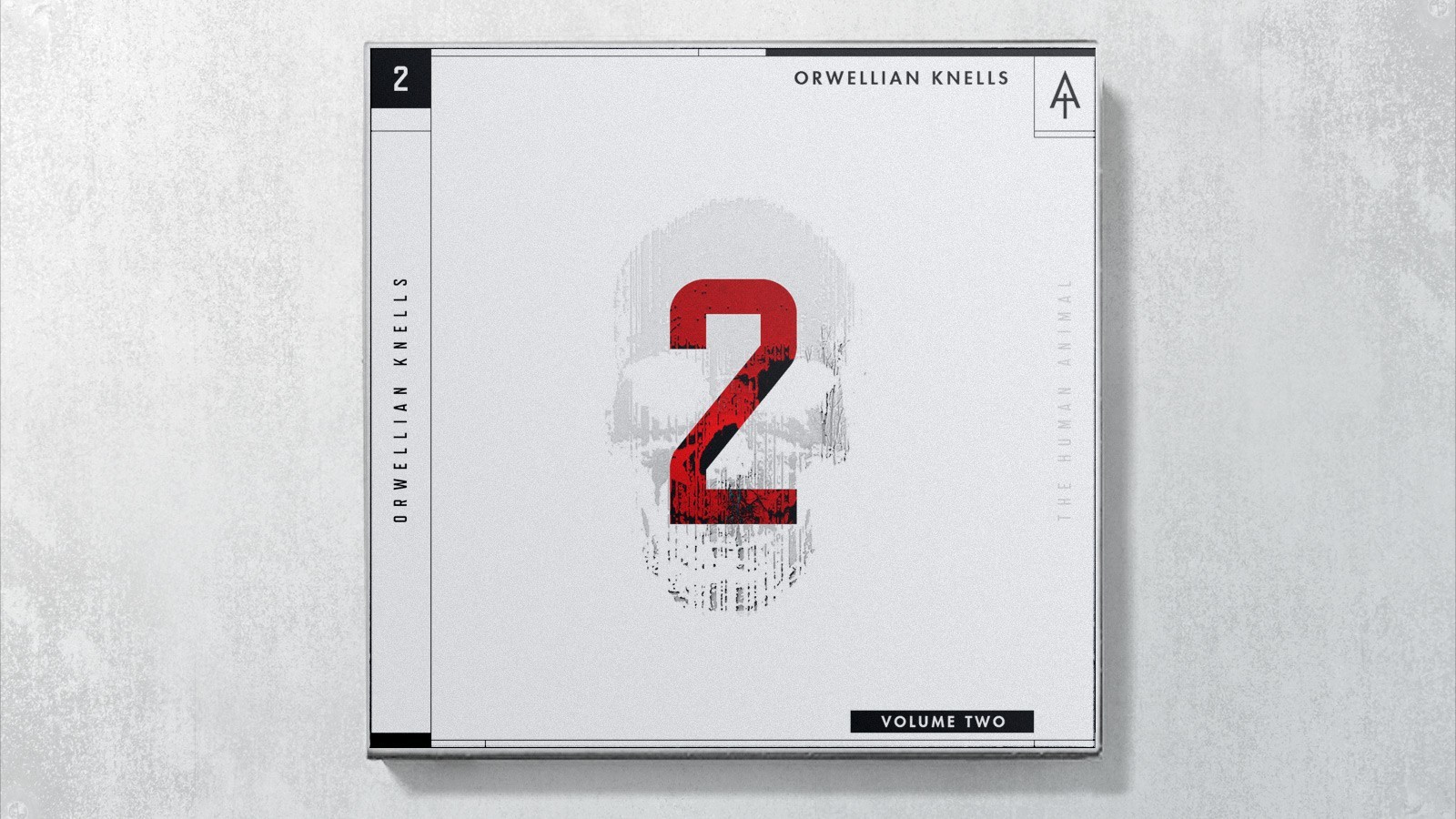 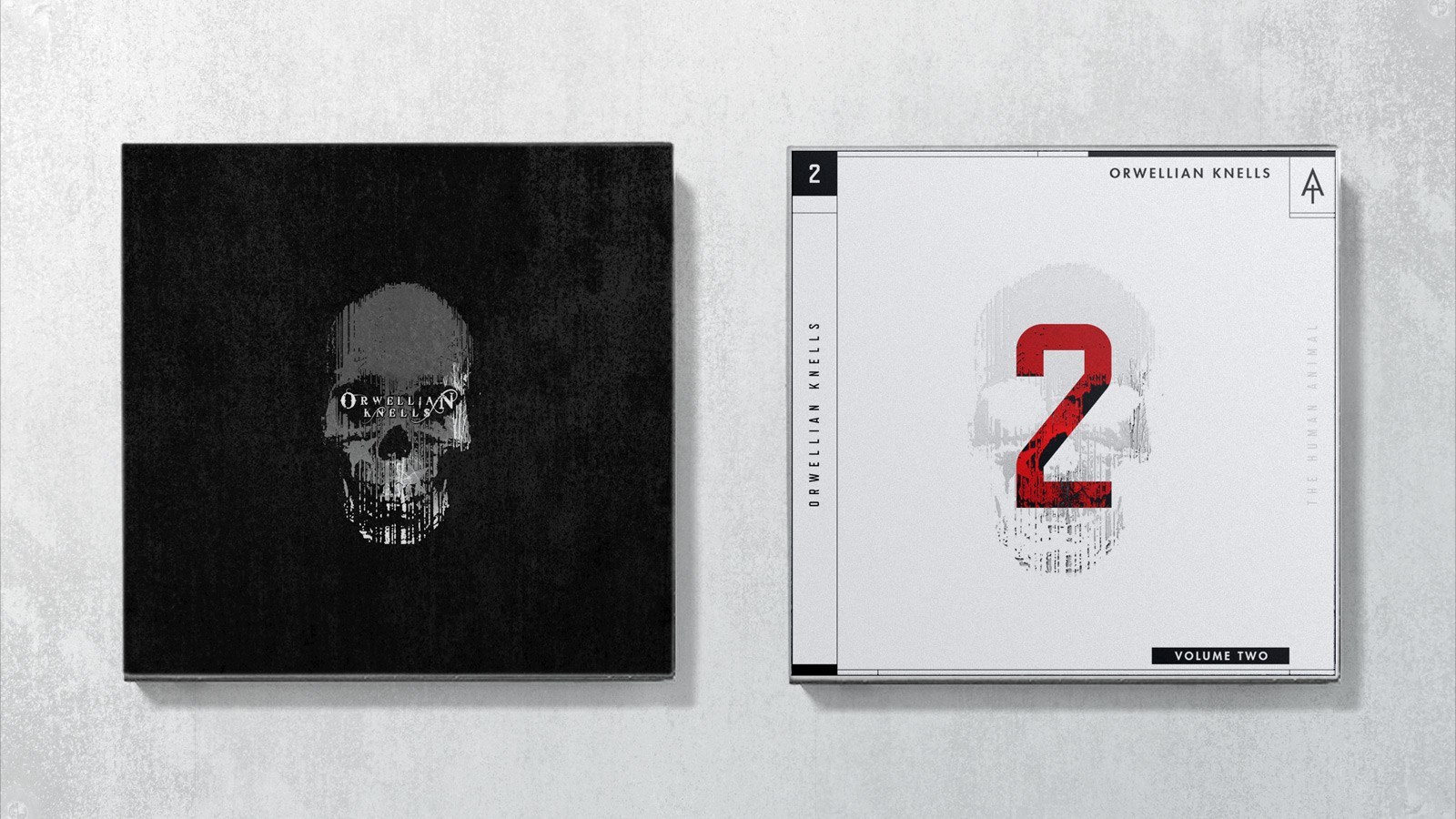 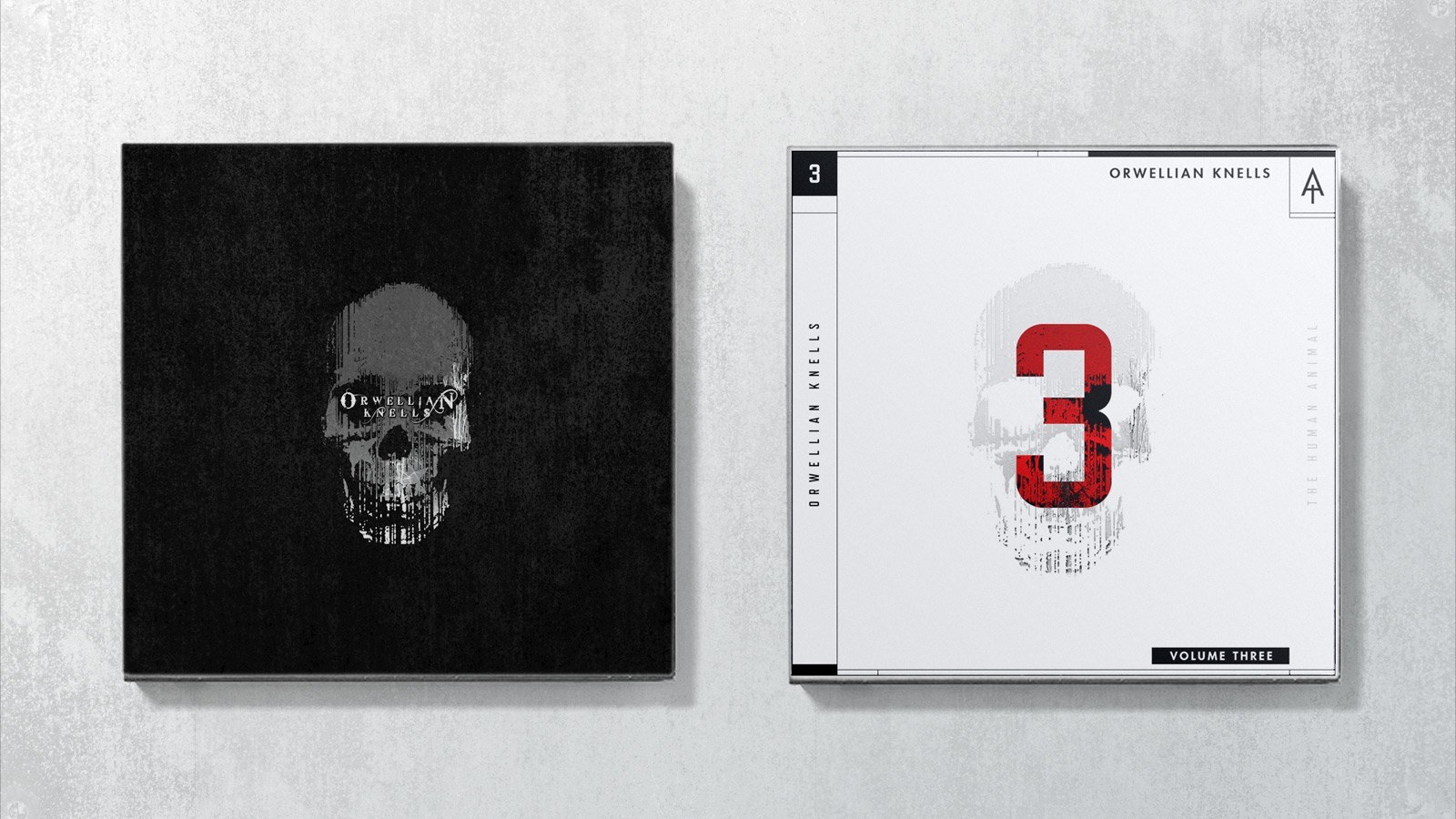 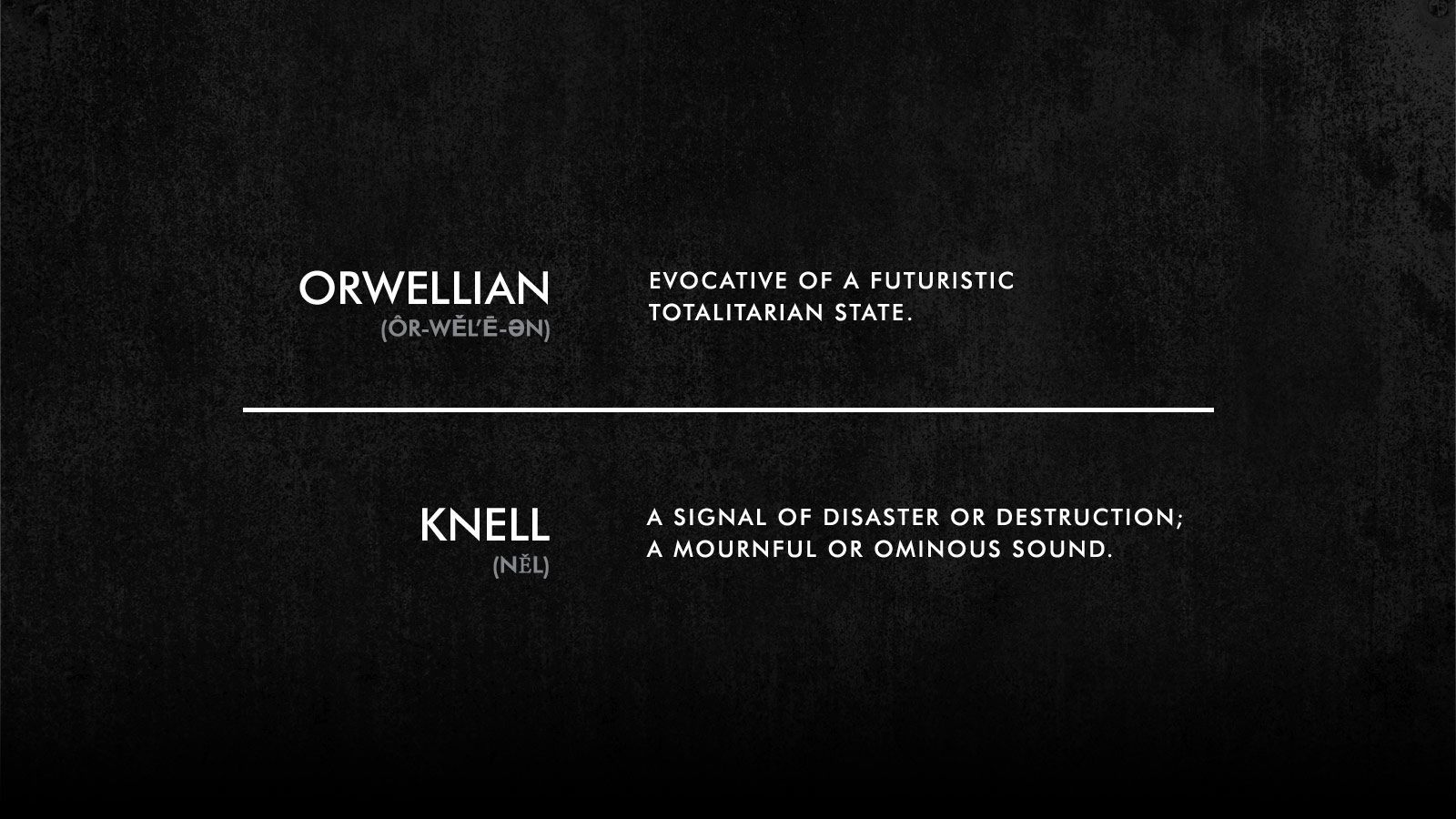 The USA Project was born as a thesis project for a Bachelor of Arts degree in Hip-Hop Culture at Connecticut College. This self-designed major established the first ever curriculum dedicated to the history, science, and art of Hip-Hop Culture, with particular focus on Afro-Diasporic music in America. The curriculum was primarily based in the sciences of anthropology and sociology while incorporating courses in the fields of psychology, cognitive linguistics, history, and the creative arts. 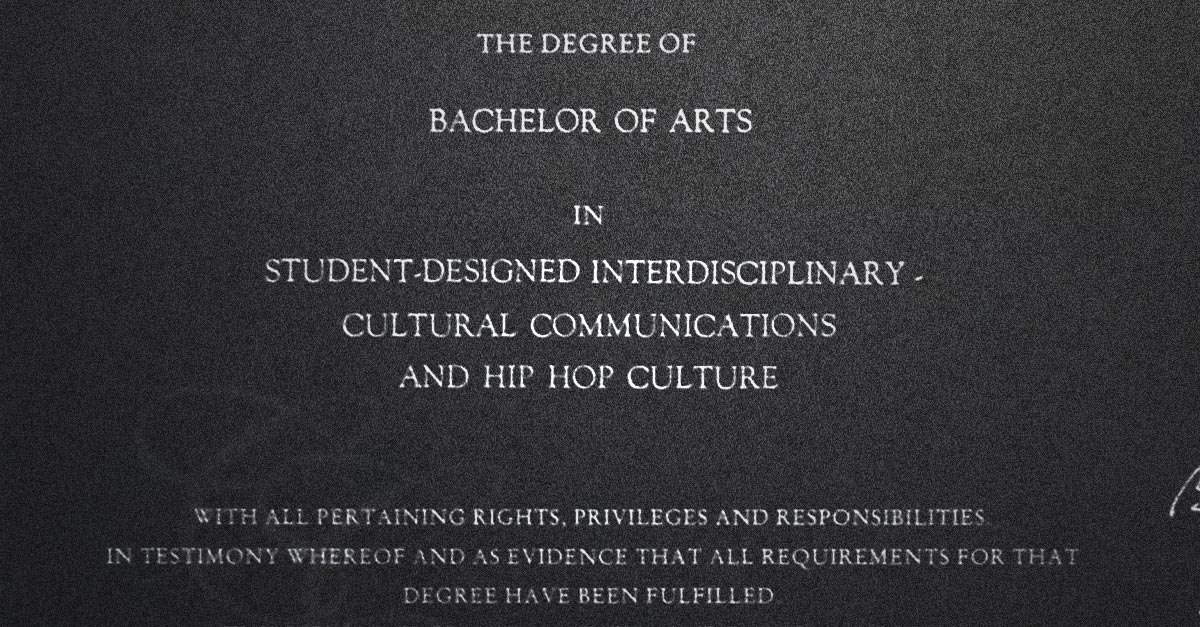 Given the emergence of Hip Hop before the rise of the internet, most of the academic Hip-Hop cannon (as of 2005) lacked any analysis of the impact of digital technologies on the culture. A primary focus of the major was to identify and study the impact digital media was having on the cultural processes of Hip-Hop and explore various methods for accurately re-appropriating Hip Hop in digital space.

The Transformation of Space & Nature into Economic Wealth: The Parallels Between Slave Provision Grounds and Hip-Hop Music

A focus on identity formation in Hip Hop culture with a special consideration for the theoretical frameworks of Pierre Bourdieu.

The Death of Hip-Hop: The History and Significance of Hip-Hop’s Commercialization and Commoditization

Examined the history and political significance of Hip Hop’s commercialization and commoditization.

Examined the discursive space of Hip Hop, placing it in the context of a post-slave vernacular and investigating its various forms of linguistic and symbolic resistance.

A Media Strategy to Challenge the Ideological Isolation of Suburban America

Developed an in-depth strategy to challenge the ideological isolation of the suburban youth by utilizing elements of Hip-Hop media.

The White Appropriation of ‘Nigger’

Examined the white youth’s adaptation and appropriation of the word “nigger, with particular attention on how the word’s context has changed and potential drives of change

The White Negreo?: Hip-Hop’s Discursive and Textual Space in relation to White, Suburban Youth in America

As an ethnographic proposal to be submitted to the Wenner-Gren Foundation, this project closely examined the discursive and textual space of Hip-Hop music before and after its commercialization and commoditization to outline and understand the aesthetic effects of a white suburban consumer base. 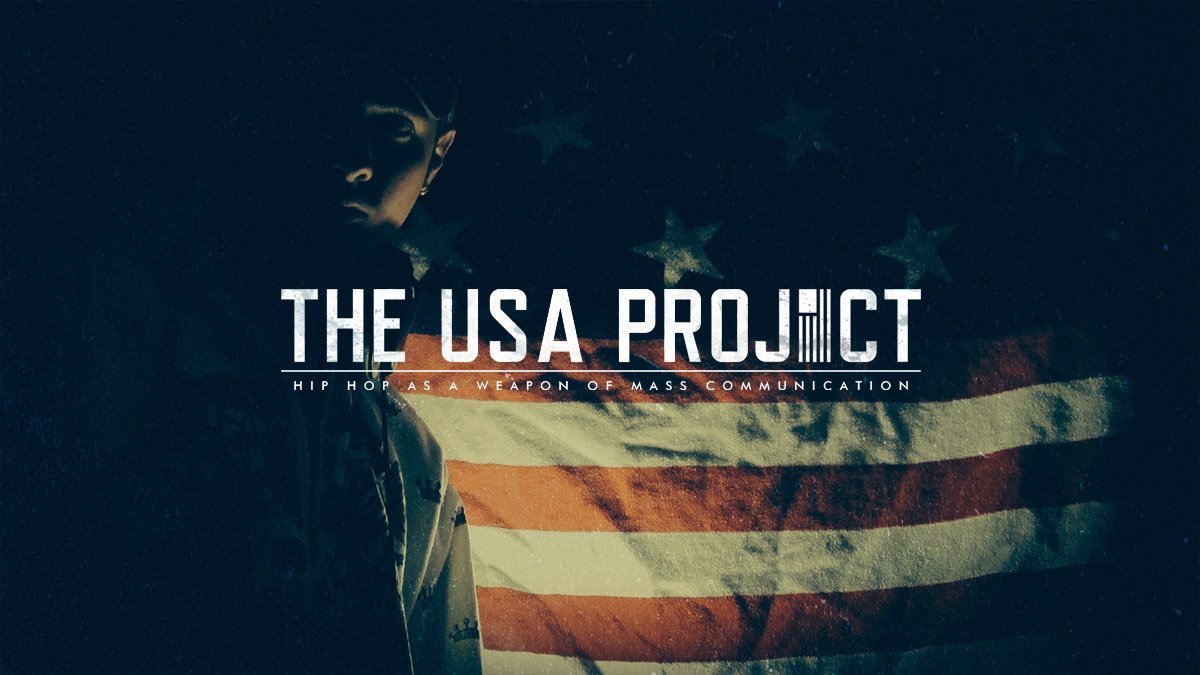 The USA Project: A Digital Ethnography Through Sound And Story

Ethnography is the scientific study of human culture which seeks to identify cultural norms, beliefs, social structures, and other patterns that govern the behavior of a particular set of people.

Ethnography is based on data obtained through anthropological fieldwork, where the ethnographer researches and documents a society through first-hand participant observation.

Ethnographic fiction, or ethnofiction, uses the scientific methods of anthropological fieldwork to describe a particular culture through an imaginative form of narrative. As a work of ethnographic fiction, all research and fieldwork is conducted scientifically, using established means and techniques in the field of anthropology, and then re-contextualized artistically.

Ethnomusicology uses ethnographic methods to study the social and cultural aspects of music in their local and global contexts.

The USA Project treats music as a social practice and process emanating from specific cultural contexts. The music system is predicated upon a series of concepts which integrate music into the activities of the society on a larger scale. These concepts, which underlie the practice and performance of music and the production of music sound [1], enable music systems to become a viable medium for the communication of information in today’s society, especially given the rise of digital media technologies and the Internet.

“Space” is produced – it is a cultural construction. The concept of spatialization provides the primary framework for using hip hop as template for resistance.

Focusing on social space, French philosopher Henri Lefebvre argues that space is not an inert, neutral, and a pre-existing given, but rather, an on-going production of spatial relations.

Discourse is communication – an exchange of information. The experience of discourse can be defined as the interrelationships between language and life and between symbolic representation and the social world.

Discourse consists primarily of sets of linguistic and symbolic practices that are enacted or mobilized by social subjects who continually strive to make sense of the world around them. Discourse is “sets of ready-made and preconstituted ‘experiencings’ displayed and arranged through language which fill out the ideological sphere.” [2]

[2] Stuart Hall, Culture, the Media, and the ‘Ideological Effect’

“Discourse, which encompasses language and other symbolic forms enabling communication and the production of meaning, enacts the processes through which the conditions of human existence are thought and explained, how they are made sensible and bestowed with values and meanings in social terms.” – Murray Forman, The ‘Hood Comes First: Race, Space, and Place in Rap and Hip-Hop

Public discourse is hierarchically structured, with spatial relationships organized along lines of subordination and domination – relationships of power – that are consensually and, when deemed necessary by those in positions of authority, coercively maintained. Discourse offers one of the main sites for cultural exchange – especially between classes.

According to Pierre Bourdieu in Outline of a Theory of Practice, “the boundary between the universe of (orthodox or heterodox) discourse and the universe of doxa, represents the dividing line between the most radical form of misrecognition and the awakening of political consciousness.”

The USA Project utilizes various styles rooted in postmodernism, where self-conscious reflections are layered upon the past, present, and future to create a mosaic of both the individual and its environment. Using this manufactured backdrop of time and space, The USA Project seeks to explore and challenge the intellectual foundations of the American Myth.

By casting hip hop’s creative processes into an Afro-diasporic mold, The USA Project emphasizes a unique strain of post-modern rhetoric which intertwines contemporary models of anthropological theory (ideology, language, resistance) with historical experience. This process allows The USA Project to frame hip hop as a geo-specific, sub-dominant expression which re-appropriates a dominant ideology and language – a vernacular to the languages of European colonialism and oppression.

The postmodern “self” as a continually evolving compilation of multiple influences (past, present, expectations of future) without a concrete identity fixed within time and space allows the protagonist of The USA Project to become hybrid of complex social reflections. In adopting an identity composed of a fragmented, decentralized core, the protagonist is better able to observe, analyze and interact with the underlying structures and processes of Americanism.

This framework is also helpful in understanding digital identity, such that virtual space is freed from the constraints of physical place, time and distance. The elements of hip hop, specifically when used as a template of resistance, create an “urgency for action” by presenting relevant commentary on socio-political events, thus defining a sense of the Present.

The Human Animal as an Identity

As a narrative structure, The USA Project revels in the self-conscious reflexivity of a destructured, dehumanized subject – the human animal. This identity, formed as a post-modern construction, is better equip to withstand the massive speed and change of a culture saturated in science, technology, and capital.

This decentralized identity incorporates an inability to predict the course of history, which diametrically opposes the Superpower’s notion that power creates reality on a supernatural scale. This identity also finds power in the awareness of its existence using specific and deliberate processes of resistance and applying them through forms of discourse, because whoever dominates or controls the “official” use of language in a society holds the key to social and political power.

Being that isolation provides the vital component in forming an environment capable of harnessing the re-evolution of “self,” the relationship between hiphop and the human animal – between the art and the artist – is one of transformation, where hiphop is reduced to its most fundamental elements (particularly in the case of language) and re-organized in accordance to the individual as opposed to the larger collective identity. This is reliant on digital space being organized to produce solidarity, a sociofugal process which is relative to the individual’s re-appropriation of available technologies.

The Paradox of Hip Hop Identity in Postmodern Timelessness

The paradox of identity in postmodern timelessness is that hip hop expression is deeply rooted in the local, social, and physical experience. While accurate, these definitions exclude the possibility of identity in hip hop as a process of self-creation in the realm of the digital “unreal,” where one’s definition does not depend on the existence of the “other” or the “physical,” but rather on the reflection of one’s own self, thus allowing the possibility of rejecting collective definitions and perceptions in favor of creating an identity solely unique to the individual.

As an identity within hip hop culture, the human animal symbolizes spatial disorientation and draws a distinction between the human as a complex cultural construction and the animal as a complex biological organism. It is important to note that although this process claims to place myself as an animal outside of “culture,” the process itself can be seen as relative to the larger cultural systems in which I am embedded, thus presenting another paradox.

Being that hip hop expression has historically been rooted in the first-person perspective and experience of material space, a third-person, top-down perspective, which is vital to successful fieldwork, contradicts conventional hip hop practice and pins two very oppositional modes of thought against one another. Furthermore, being that cyberspace is geographically independent and virtually placeless, a dichotomy in identity formation emerges which forces true authenticity in hip hop to remain situated outside the cyber paradigm.

Therefore, authentic use of hip hop expression to create something new is wholly dependent on the artist’s ascetic assimilation of hip hop culture – understanding hip hop in its proper socio-historical context while maintaining the necessary distance that allows the style to become manifested in novel form – appearing as hip hop but with many distinct nuances. It is here that the template for Darknet begins to be constructed. 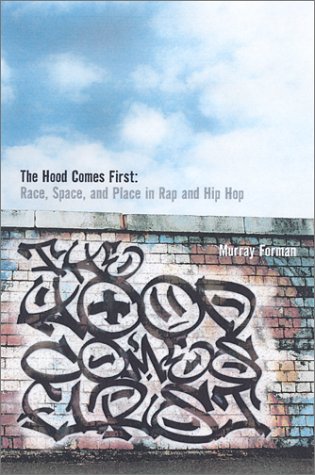 The Hood Comes First: Race, Space, and Place in Rap and Hip-Hop Music 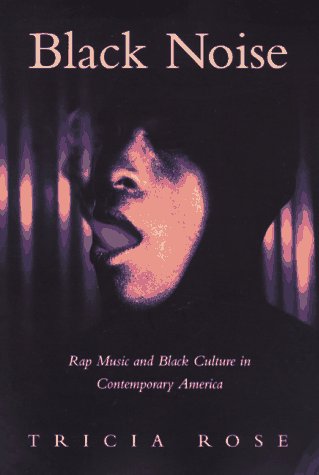 Spectacular Vernaculars: Hip-Hop and the Politics of Postmodernism 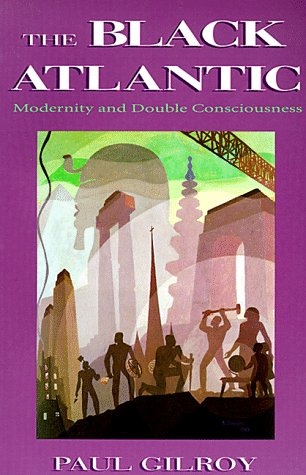 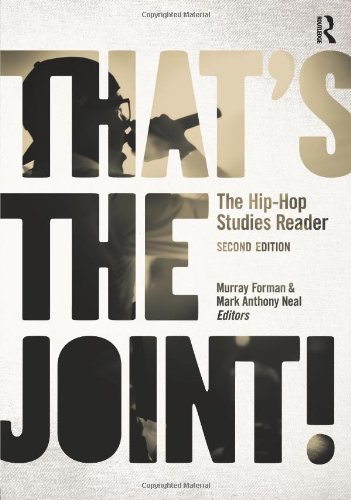 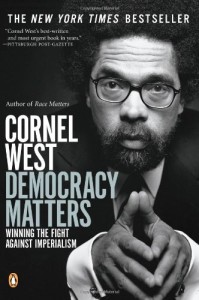 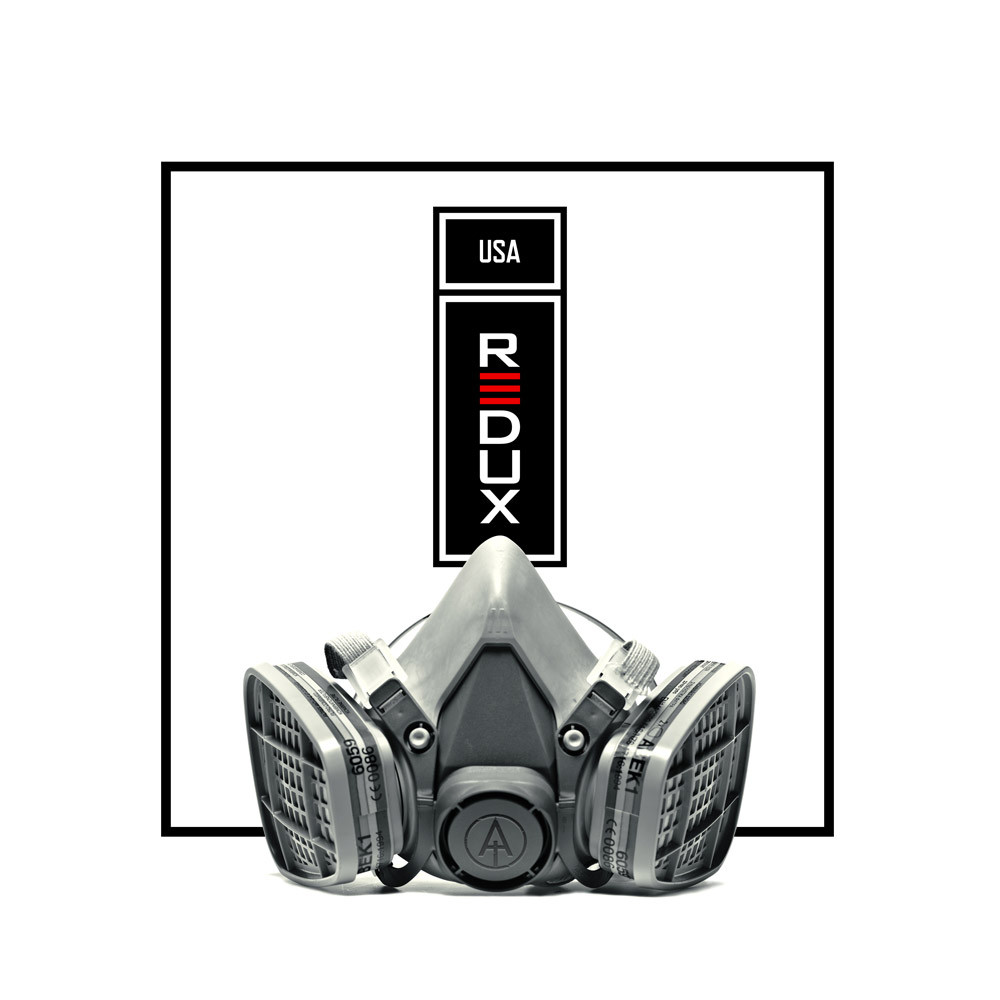 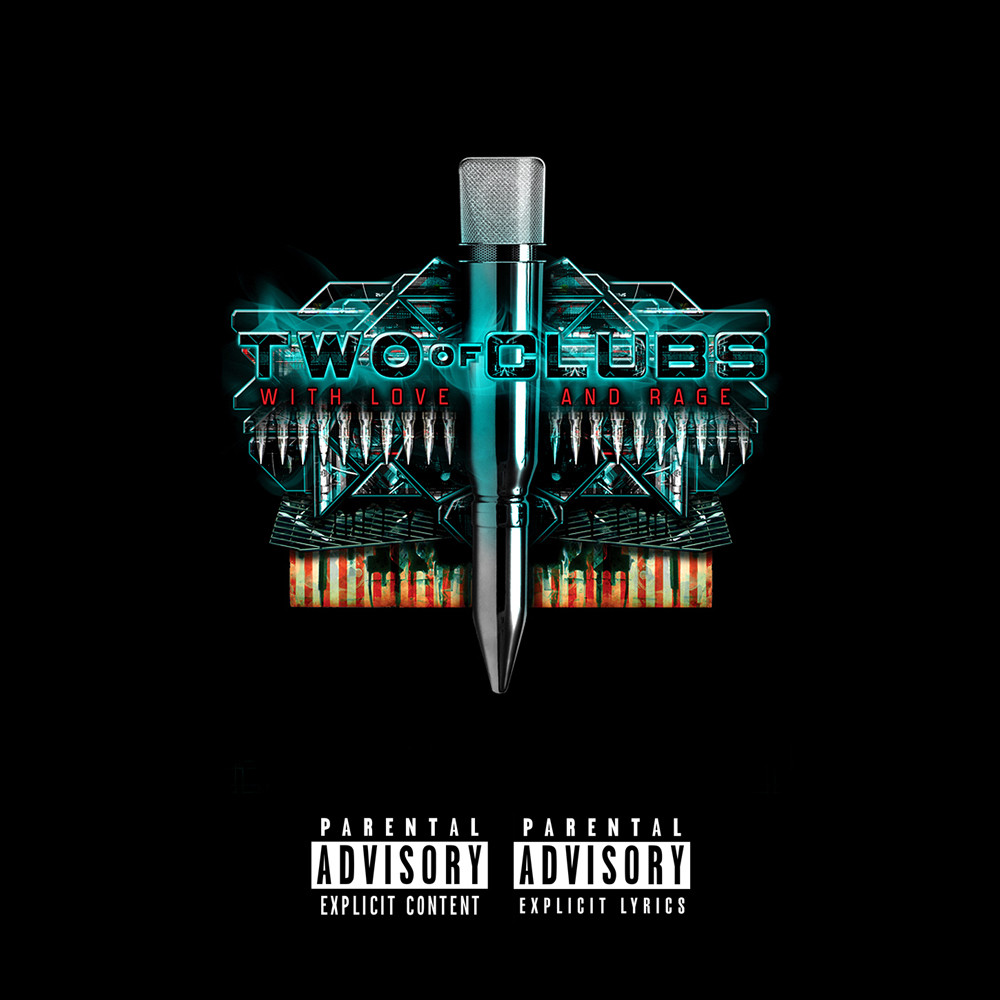 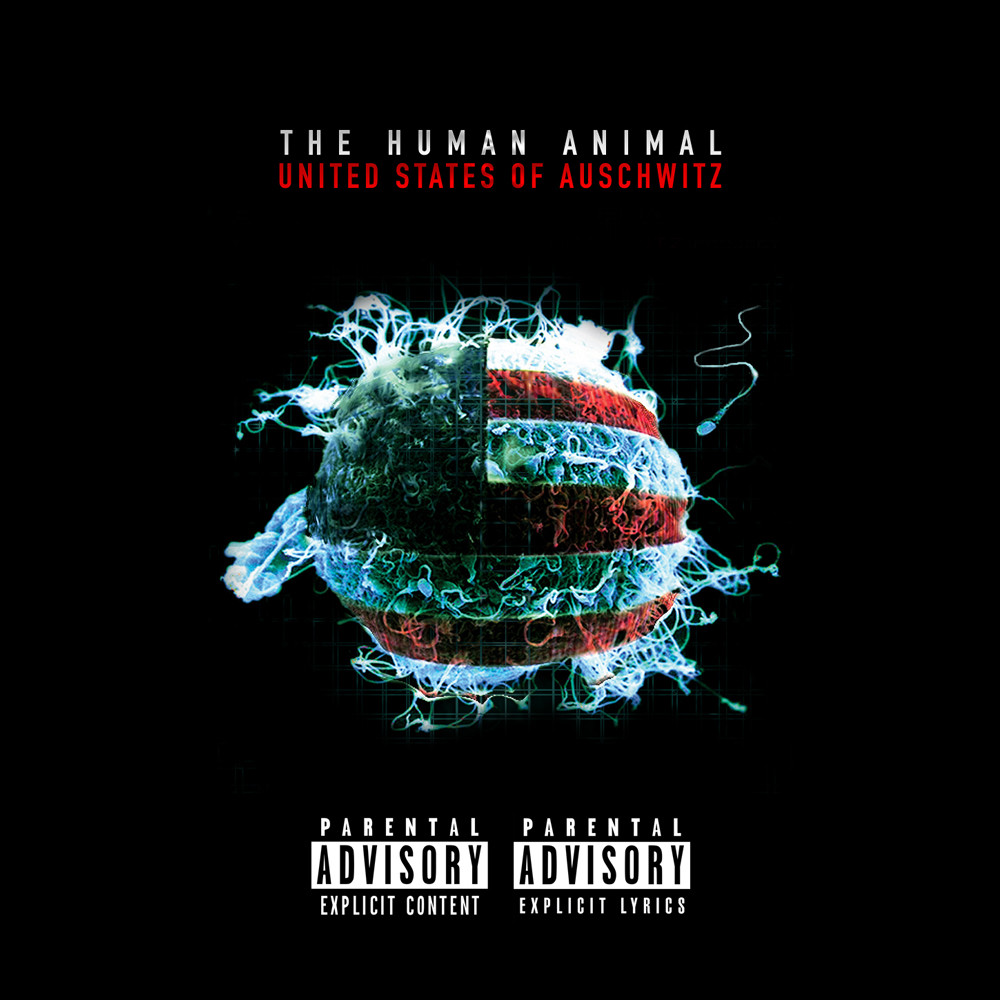