Day by day the pain numbs until nobody can feel it
Grumpy ex-idealists see the light and wanna steal it
United States of Amnesia, working to please you
As earth tosses and turns, suffers strokes and seizures
And quickly humanity becomes something of the past
As the clown yells fire and the whole crowd laughs
Pushing past points of peligro with materialism
Children charred by smart bombs, petro-imperialism
What you claiming as wisdom, it is simply psychotic
Tell the kiddies to conform to their ticky tacky boxes
The horizon’s getting closer, skies turning to black
Old allies gone neutral and they turn their backs
On the attack, silent slipping off the fur for the wool
Better check where you’re aiming when they tell you to pull
Bullets drop final hurrahs from the barrel of your gun
Until the veil falls away and you realize what you’ve done

When the sun rises on the wrong side of the cuckoo’s nest
Bet your bottom dollar destruction will be effortless
They never just let it go, let it be, let it grow
Guns and books don’t mix so the Many they will never know
Who am I? What am I? Who’s to say what’s genocide?
Final destination take the people on another ride
Dead inside, fleshy surface, circuits working, living person
The lobster doesn’t notice as water conditions steady worsen
Boiled in a hard shell, eaten by these animals
Ethnographic evidence lacks examples of cannibals
I’ve seen it, they nibble on their little limbs everyday
The only ones surviving are suicidal and wide awake
Hi, I was born within the eye of the storm
My name is Andrew, I find it hard to stick to your norms
Screaming go! and the people run around in little circles
Their faces getting redder ’til their bodies turning purple

The Human Animal - Children Of War

The Human Animal - Death Of Birth 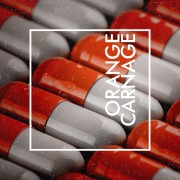